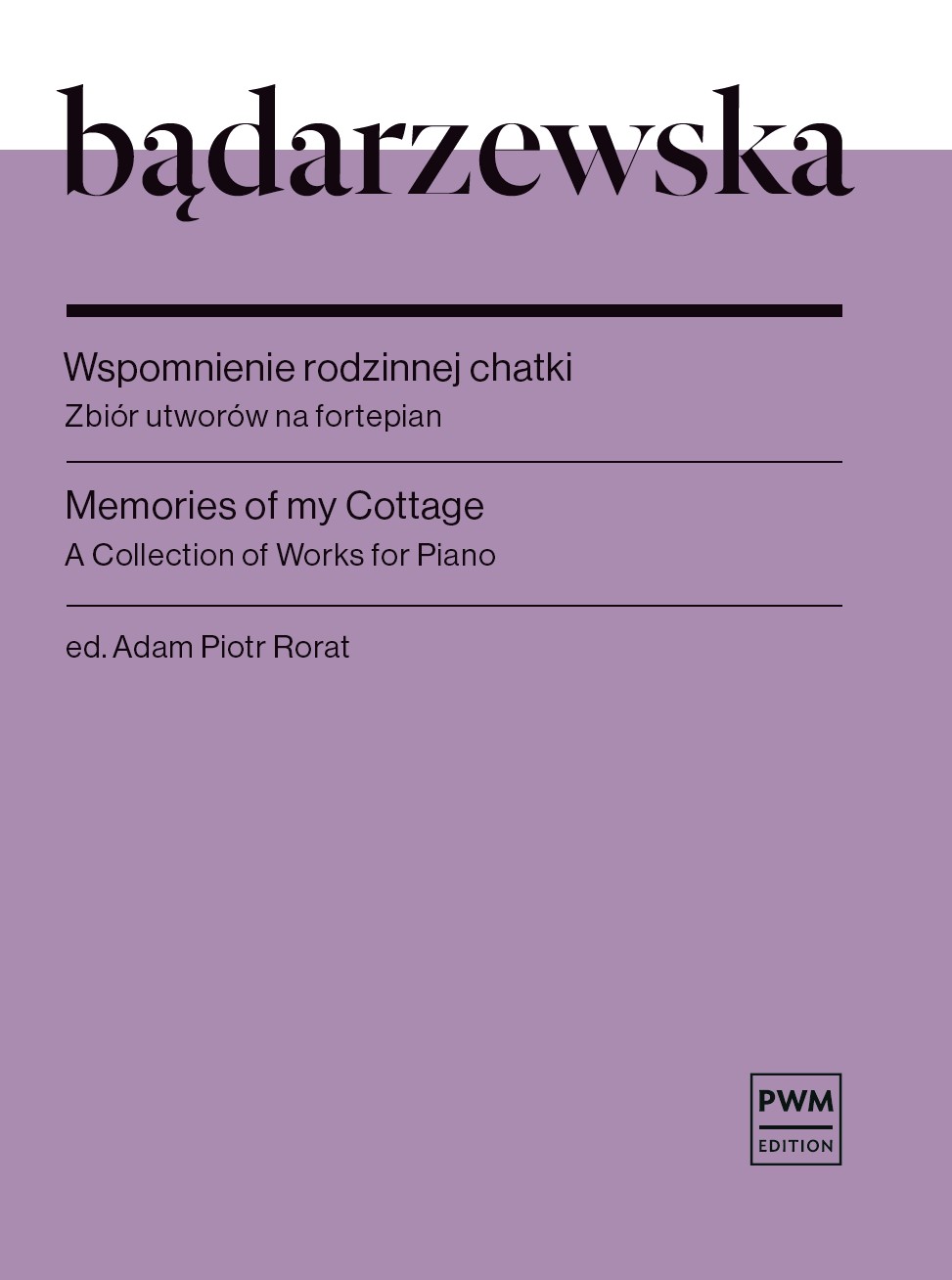 Tekla Bądarzewska, A Recollection of a Family Cottage

The collection contains 5 of Tekla Bądarzewska’s most popular works, written between 1851 and 1860, including the famous Modlitwa dziewicy (Prayer of the Virgin), which captured European salons in the second half of the 19th century and beyond. The piano compositions included in the publication are not very complicated in terms of performance, and are characterized by singsong themes and rich ornaments. Melodies based on punctuated rhythm, fast arpeggios and octave processions are also characteristic of the author. This is suggested for more advanced students, after about 6 years of study.

Andrew Eales about this publication:

‘The Maiden’s Prayer’ and beyond

Publication you can buy